Why we love guiding at Zippori Archeological Park

We believe the proper way to start a day in a beautiful archaeological park, is on a full stomach. As we are first and foremost a wine tour company, we chose to start at Sadot Estate Winery for an incredible breakfast with a view of their vineyards. Platters of local cheese, smoked fish, salads from Greek to Burrata, freshly baked breads and the best coffee one can find in the Jezreel Valley, truly set the tone for the great day ahead.

Tzipori is full of contradictions. On one hand, a place where the Jews surrendered to the Roman Empire, and as a result, the city was unharmed during the Great Revolt. On the other hand, Tzipori is where the Mishna, one of the most important and commonly found books in the Jewish cupboard, was signed by Rabbi Yehuda Hanasie in 300 AD.

More contradictions are found in the Acropolis of the city. On one hand, Jewish residences easily identifiable by the dozens of Mikvao’t [Jewish ritual baths] all in close proximity to a Roman Compound, a sizable Roman Theater, and a Roman Villa are all found one next to the other. Jews and Roman soldiers lived side by side here.

After the fall of Jerusalem and Masada by the hands of the Roman Empire, the importance of Tzipori for the Jews grew. It became the center for the Sanhedrin and the abundance of Jews in this city is believed to be the reasons why there were 17 Synagogues found there.

The additional name for Tzipori is the City of the Mosaics, as there are over 40 elaborate and colorful mosaics, the most impressive of which are from early 3rd Century and onto 5th Century Byzantine work.

It is believed that the large abundance of mosaics in the Nile House were for decoration purposes and as a physical portfolio from which out of towners could order custom made mosaics to their city. In the Roman Villa of Tzippori the most impressive mosaic is found in a Triclinium made with over 3 million stones in 23 different natural colors. This is where the Mona Lisa of the Galilee can be found. 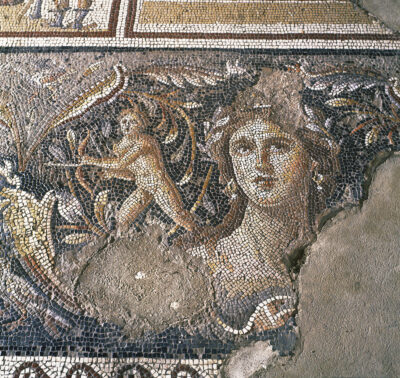 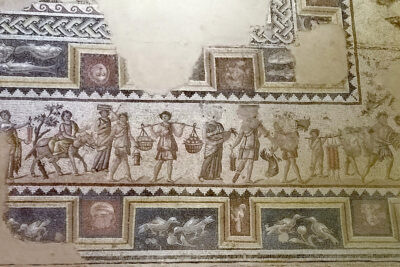 After exploring the Crusader era tower and the view from its roof, we continue to explore the audio visual program in the main 5th Century Synagogue with exquisite Zodiac Mosaic. Unique on account of having the sign itself as well as the name for it in Hebrew readable to this very day.

We love finishing our day in the park by visiting the ancient water system. As the city surrendered to the Roman Empire. A system of aqueducts was built in order to supply the city with water. The Romans had built the water system so on one side of it the soil is rather soft chalk where the Nazareth Mountain range is made of harder limestone. The water system has each stone covered according to its ability to retain water. A 6 pier system is walkable and very neat to explore by foot.