Midbar Winery is located in what is now a renovated artists quarter outside the city of Arad. Ten years ago, this was an industrial area that had several large factories, one of which was a large towel factory. This area is now slowly being renovated by the city and workshops were basically given away just so they do not stay deserted. The vineyards are all located 800 meters above sea level, a short distance away from the famous Ramon Crater. 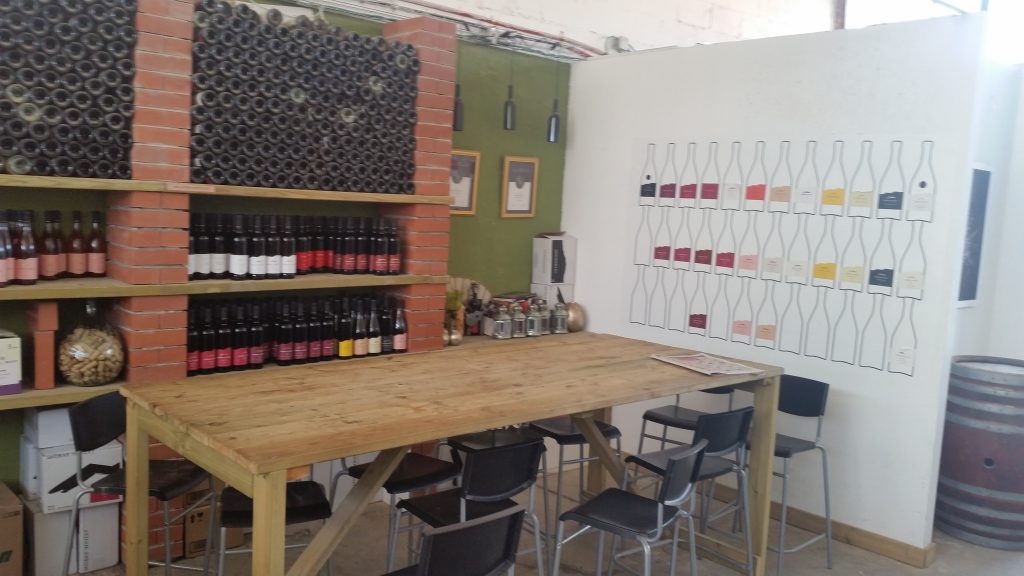 The idea behind a winery that specializes in growing only in the desert is one that takes getting used to, even though there is plenty of evidence that shows wines were produced in the Negev Desert thousands of years ago.

There are certainly some advantages to growing wine grapes in such an area. Because the area is arid and gets a lot of strong winds, that significantly lowers the likelihood of any mold or pests in the vines. The desert is well known for the significant drop in temperatures from daytime to nighttime, resulting in natural high acidity for the grapes. As irrigation is not only legal, but expected the Vintner and the Winemaker really have quite a lot of control over how much fruit and leaves will come out.

Winemaker Meital Damri, who studied both Viticulture and Oenology in Florence, Italy is currently producing 40K bottles a year at this Southern Boutique Winery.  In 2014 the winery had become Kosher. Harvest is done by hand at night and the winery transports the grapes in refrigerated trucks in order to make sure fermentation does not begin before it needs to. On our wine tour and tastings which were held March 19th, we tried a lovely 2013 Rose and the 2012 Syrah, We ended up buying both to take home. Great stop for anyone who is visiting Messada or The Dead Sea and is heading back to the center of Israel through Arad!