The Judean Hills Wine Festival , One of our favorite festivals of the year is taking place in 10 days .This is a good opportunity to talk a bit about the 2015 harvest which is winding down in Israel. 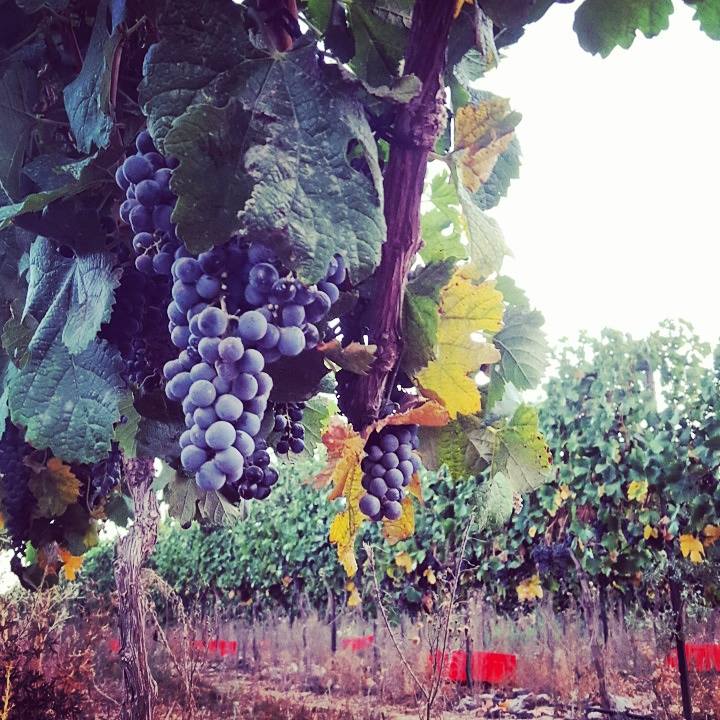 Things started out well. We had a cold winter, with three cases of snow in Jerusalem and five in the Golan Heights. Even the writer of this blog was enjoying 2 meters of snow on Mount Hermon by December. This was followed by a long spring and June & July that were uncharacteristically comfortable.

Mid July and beginning of August,Tzora and Tzuba Wineries in the Judean Hills were early to harvest their whites and happy with the fruit that was coming in. When we started experiencing a 3 week long heatwave in August, news of early ripening of Merlot in the Golan was coming in. With at least one boutique winery harvesting Merlot ahead of its Viognier!

What will certainly be remembered the most from this 2015 harvest year will be the dust storm. We had a 5 day period in which everything was covered in a thick yellowish layer of dust. Speaking to the wine makers in retrospect is quite interesting.

Shuki Yashuv of Agur winery stresses the point that Israel and the Judean Hills are well known for the Diurnal Temperature Variation in the course of a single day. Allowing the grapes to rejuvenate themselves in the evening regardless of how hot the day has been.

Now that the grape leaves were covered with a thick dust, a similar effect to a brick oven was taking place. The heat was being bottled in the plant allowing the sugar levels in some cases to sky rocket in a couple days, and in some cases it lead the vine to understand it was inn deeper stress than it could handle, and for it to shut down sugar maturation all together.

Wineries handled the dust storm quite differently from one another. In the Golan, we saw wineries spraying the grapes and leaves with high pressure water to reduce the dust and cool off the berries. In Psagot, we saw Cabernet Sauvignon that was left on the vine and has only been harvested in the 2nd half of October on behalf of Amphorae, a boutique in the Carmel.

Paul Dubb, winemaker and GM of Tzuba Winery says that half of a specific plot at Tzuba was harvested the day before the dust storm and the other half was harvested immediately after, the difference in flavors between the two was quite large.

Shuki summarizes by saying the 2015 harvest is one of the most challenging harvests he has experienced, luckily for him he had 16 previous harvests to get him ready for this one. “Everyone is reallly interested about: “how was the harvest this year?” But the MOST IMPORTANT of it all is the following: never ever judge the quality of wine by how challenging the harvest was. Wine has its own ways and will always reveal itself a few months AFTER the actual harvest. A good winery should produce good wine in any given harvest. Given that most of Agur’s wine is tasted before it is bought, so if it is good and the price right- go ahead and buy it. In winter when the experienced tasters will get a chance to taste the “en premiere” or “future wine”- rush to buy, because what you can say for sure in this harvest that the quantities will be smaller than usual”

We will revisit the wines of 2015 in two years’ time and it will be interesting to see what attributes the wine will posses.