Many of our guests have been to Israel before. One conclusion an intelligent traveler returns home with, is that Israel is very complex. A country full of contradictions. While it is growing rapidly it is extremely diverse and versatile. Nearly 9 Million in population, out of which 2 million are Muslim and Christian.

Below are sample itineraries. All our tours are custom tailored to your interests and schedule.  As always and a part of our Intelligent Travel, you are most welcome to start the tour in one city and end it in another. We can also drop you off at the airport.

A single meeting in London between two officers more than a 100 years ago,  set the borders of Israel and they have only changed a handful of times since then.

In a Northern tour, we like to explore the different boarder lines, discuss the significance of the two World Wars in shaping Israel’s geography, its water supplies and its security strategy.  Touring as a small group we can discuss some of the major battels of the Six Day and Yom Kippur wars from small Israeli military observation posts, some of which are still active.

In Jerusalem the challenge is to comprehend the complexity of the city and its different residents. What the city means to members of the largest religous groups in the world.

In order to grasp some understanding, we will discuss the background for the decisions and actions taken by the British Mandate, The numerous Jordanian Kings ,The Palestinians and the Israelis.

On this tour we would certainly want to view the city from multiple angles, including the 1949 Armistice agreement line, the security barrier with Palestine and new neighborhoods that separate them apart. For a segment of the tour. we would be actually be walking the streets that divide East Jerusalem to the Western part of it.

Southern Israel and the Gaza Envelope

We hear about Gaza on a daily basis, it but what do we really know about it? Touring southern Israel, we will visit the site where the Egyptian Army was stopped before it stormed Tel Aviv during the independence war.  Proceeding toward the Gaza Envelope, we will discuss  the role Gaza played in the First World War and How it became isolated on both Sides. We will visit different Israeli communities and find out about their day to day life. While watching Gaza from different viewpoints including some very close ones we will talk about the life of our neighbors living just two miles away. 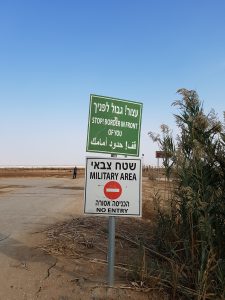